This site uses cookies to store your information on your computer. Read more Accept Deny 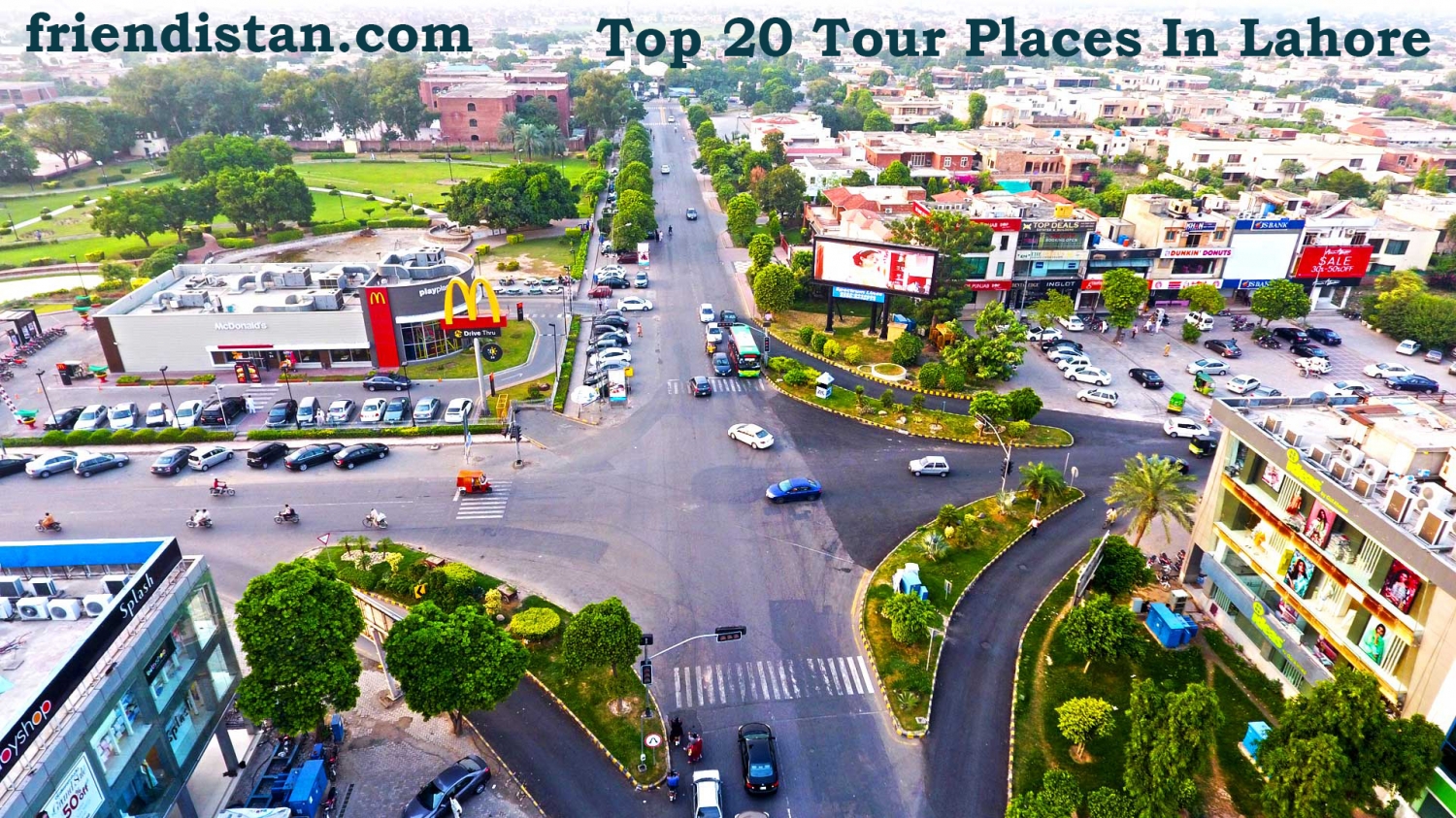 Absorbing more than 11 million inhabitants, Lahore is second most-peopled city of Pakistan, after Karachi and being capital of prominent province Punjab, Lahore enjoys the courtesy of one of the wealthiest urban city of Pakistan. No doubt, the factual records of its origin are never gained, but it is clear that Lahore has witnessed golden time in several ancient empires, ranging from Hindu Raj to Sultans of Mughals. Being an integral part of these royal and dynamic reigns, Lahore is brimmed with cultural and historical treasures, which cannot be explored in one go!

Today we have short-listed the Top 20 Tour Places in Lahore You Should Never Miss to Visit, which literally deserves to be brushed out for savoring the antiquity of Lahore that has become center of socio-economic and commercial hub for Pakistan. 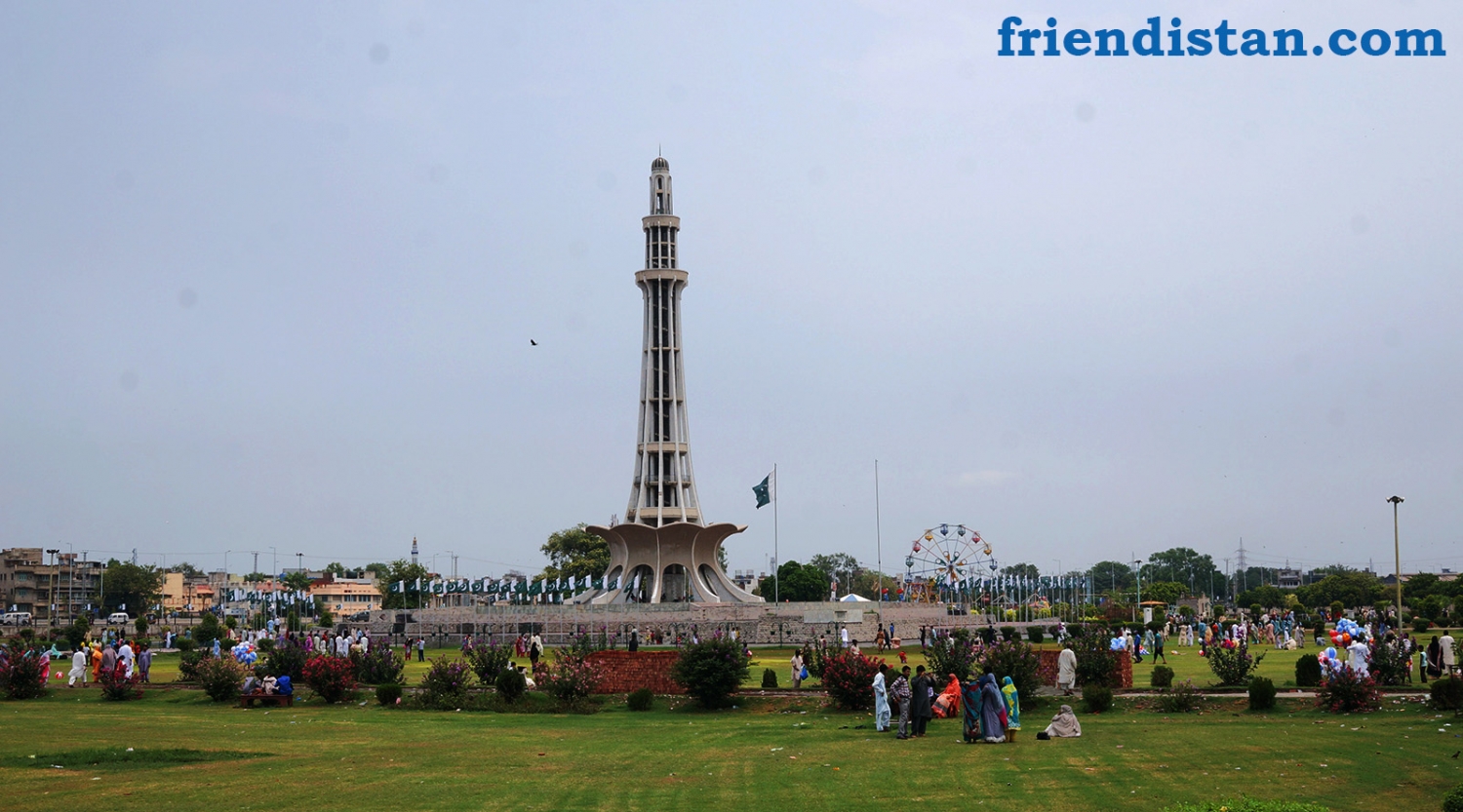 No matter if you are a patriotically extremist or average loyalist to your country, while roaming in the cultural yet most progressing capital ‘Lahore’ of Punjab, strolling Minar e Pakistan is mandatory for witnessing the place, where official call for separate home for Indian Muslims was made, by All-India Muslim League during the Lahore Resolution on 23 March 1940. Among the national monuments of Pakistan, Minar e Pakistan is most visited and cherished tower, for being standing among the historical landmarks of Lahore at distance of few minutes by walk. 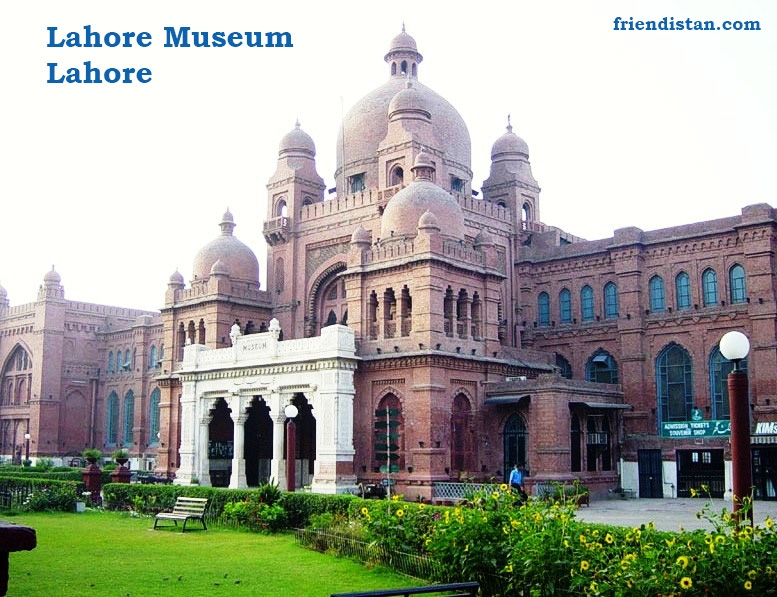 Proudly standing at mall road, Lahore, next to University of Punjab, the oldest educational center of British times, Lahore Museum is cultural heritage for our nation. The red-brick building is stunning itself displaying Mughal architectural designed by Ganga Ram, a great engineer of British India times.. Brimmed with a vast collection of historical and cultural stuff ranging from ancient Hindu civilizations to British reign over India, the museum is must-visit place in Lahore, for spending quality time.

Featuring wildlife of 2400 birds and animals, botanical gardens and recreational park site, the Jallo Park is cash asset of Lahore, stretched at an area of 461 acres. For the family day out, especially in spring season, the park is highly recommended for strolling butterfly house, mini zoo absorbing epic range of wildlife i.e. crocodiles, snakes, deer, ostrich and so much more, the park is ideal for all ages in Lahore. To escape the heat and humidity of Lahore, the park is blessing for peace lovers, as availability of large lake allows visitors to paddle and boating. 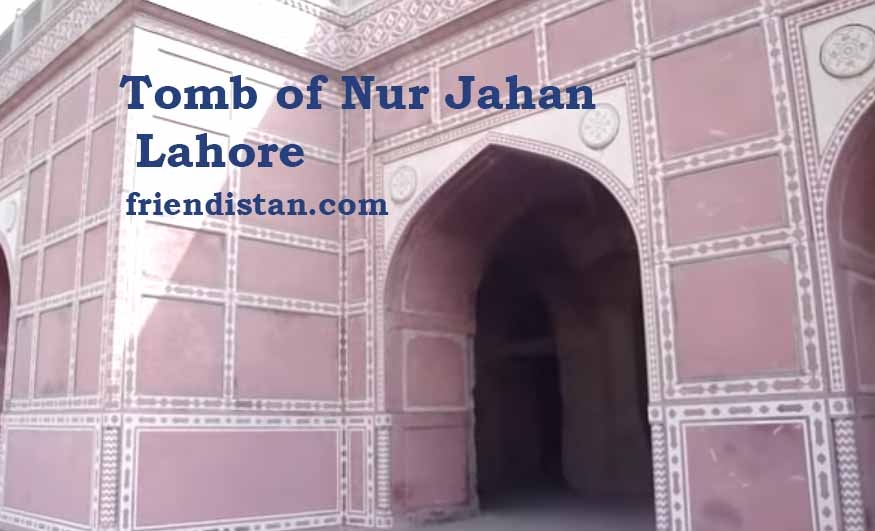 About an hour drive-away from downtown Lahore, Tomb of Nur Jahan is burial place of Mughal empress Nur Jahan, the loved wife of Emperor Jahangir. The burial chamber is nothing but crown of Mughal architecture, and the interesting fact that makes this place worthy of exploring is its history! The tomb was made during the lifetime of Nur Jahan, carved with Quran scriptures, and ornamental stones. Sadly which were plucked out by army of Ranjit Singh for decorating Golden Temple in Amritsar.. 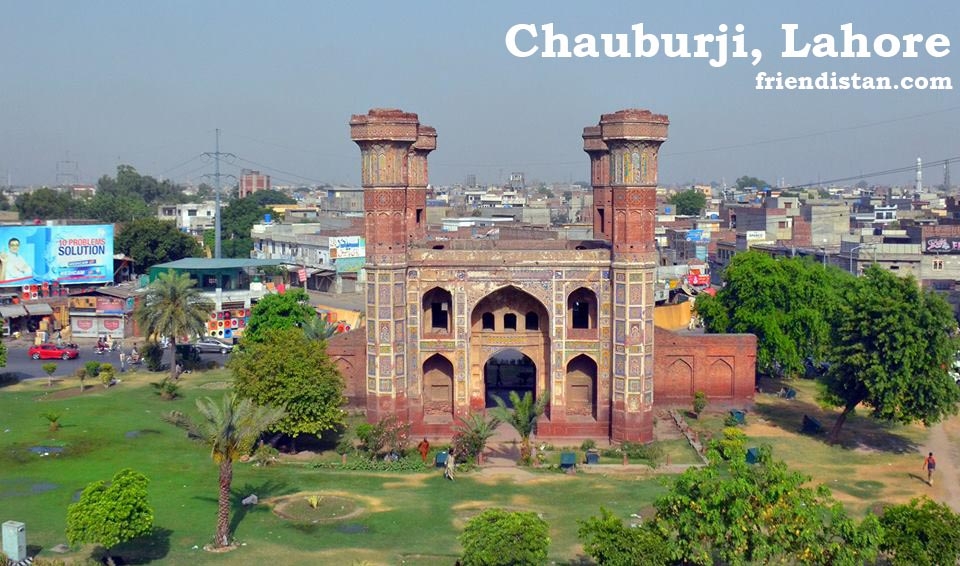 The four-tower monument is another Mughal building, built in Islamic architecture, displays the rich taste of Mughal emperors. This old structure was once a gateway of Mughal lush-green garden, designed with blue ceramics and Arabian scriptures. What makes it a worth watching in Lahore is its back-story that this stunning entry point of private giant garden was built for Zeb un Nisa-daughter of Mughal ruler Aurangzeb Alamgir, that has lost its charm with time. The minute you think about exploring Lahore, it is undeniable that you did not think of scrumptious food! While stretching your legs in such history rich city, it is highly recommended to treat your taste bud with best of desi food in Lahore. Fancy dining must not be first choice in Lahore for savoring the best desi food; here comes Cooco's Den, perched out in red light area of Lahore. Displaying innovative paintings of prostitutes, the restaurant has earned international reputation in past years. (Note: Children must not be taken there, as the place is all about paintings of sex workers.) 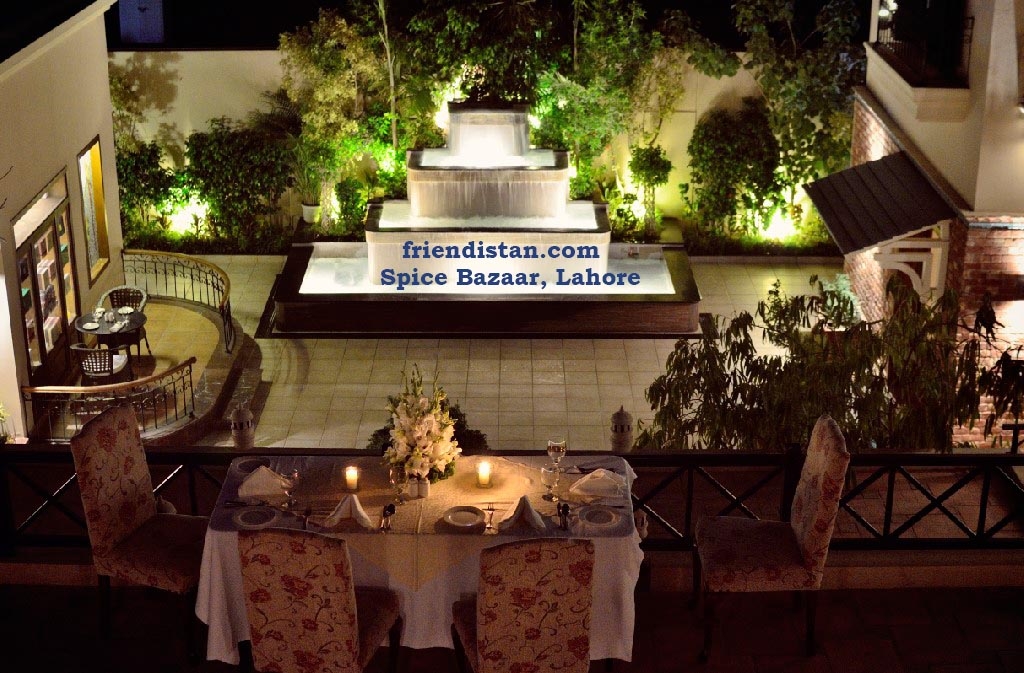 Apart from tasting the traditional food and international cuisines, Spice Bazaar has added enchanting charm in the Lahore, for food enthusiasts. Ranging from snacks to special dinner, everything is cooked out of handed-down yet festive spices, which literally narrates the rich flavors of Pakistan. 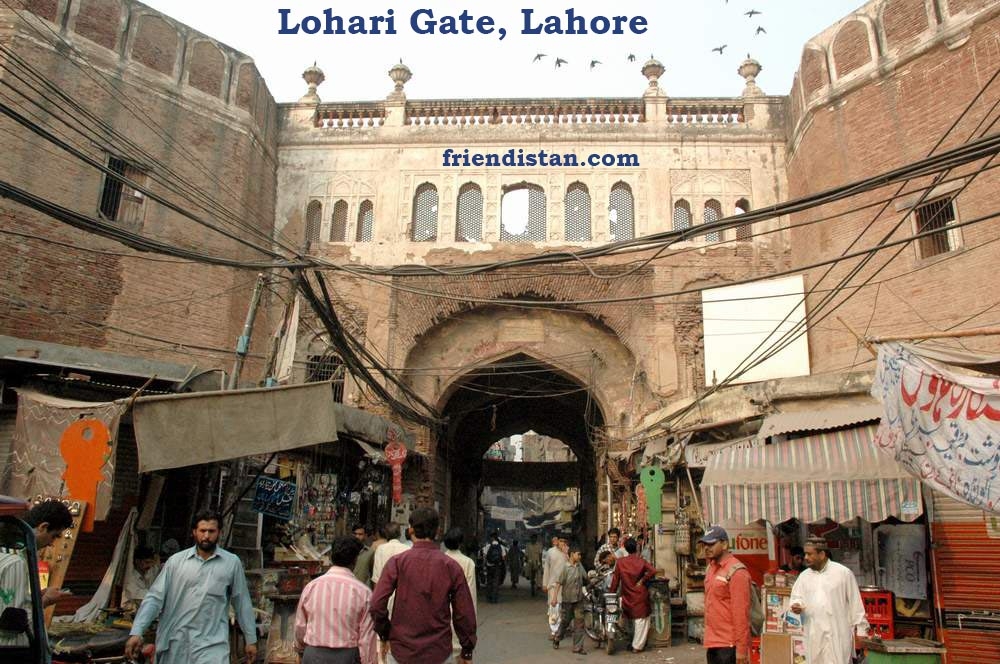 Lohari Gate is basically the fundamental entry path of Walled City of Lahore that truly depicts the majestic splendor of Mughal time. This formidable gate, being parallel to Anarkali Bazaar, this oldest gate of old city witness thousands of people every day. Cutting long story short, it will be unfair to your Lahore voyage skipping this majestic gate (one of striking 13 gates of Walled City of Lahore) as it is gripping nothing but traditions of past 500 years, i.e. traditional food, clothing, spices and so much more, in lowest rates ever.

Stretched over land of 6 acres, it is one of the enormous parks in Lahore city, other than which there cannot be more economical yet entertaining place for families in Lahore. The name suggest itself that it is joyland, for all ages, brimmed with several rides and games, some of which are thrilling and daring for all the kids craving for real fun in Lahore city, without spending loads of money. In progressing and big cities, sometimes it feels very hard to find a quiet place, which is necessary for some peace seekers. Bagh-e-Jinnah in Lahore is blessing for tranquility cravers, where the whole 141 acres of land of botanical garden is soul soothing. Holding a mosque and library in its territory, these botanical gardens of rare trees in garden never fails to impress the visitors. 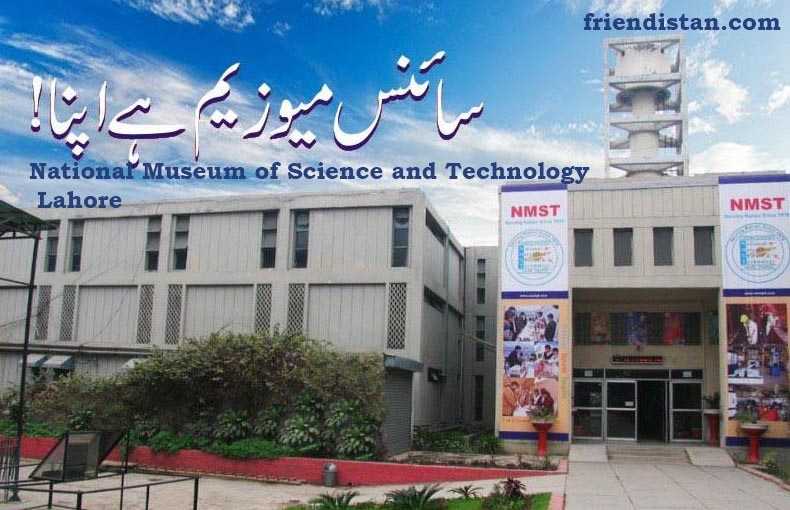 To promote science and general knowledge, the museum was founded 50 years back, which has always astound students of science and history. Featuring several exhibits of science, historical science objects and technology in intriguing way, the museum is beautiful laid out for science students in Lahore.. Attached to sentiments of people in purely religious manner, this is tomb of, Abul Hassan Ali Hujwiri, where people usually pay a visit to make special supplications. It would not be an exaggeration, that some people only visit Lahore for experiencing the theological vibe of this shrine, tribute to great Sufi of south Asia.

Planning a family day out with children? Nothing can be more fair choice than Lahore Zoo Safari that is all about roaring lions, hissing tigers, singing birds in their specific cages. The safari zoo has become more like a children’s amusement center packed with multiple fun rides and games to engage visitor of all ages. 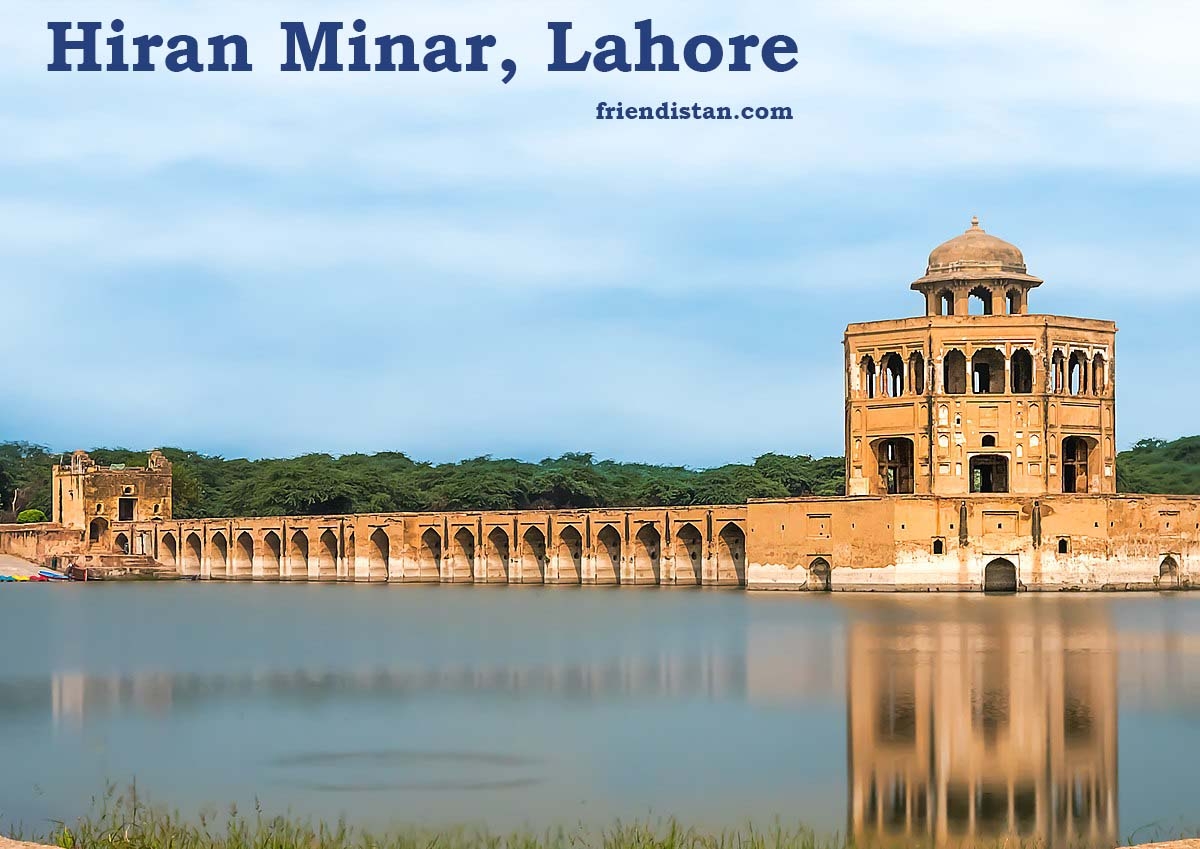 This historical tower of Mughal times is symbol of love and passion of 4th Mughal King Jahangir, but the interesting thing is, the love that provoked him to built this 100 feet hiran minar was not was human, but his darling pet  “Mansraj” (Royal Deer). Later this burial place of his lucky deer served as habitat of wild royal pets in 17th century, which nowadays has turned into beautiful Mughal monument amid by beautiful lake. 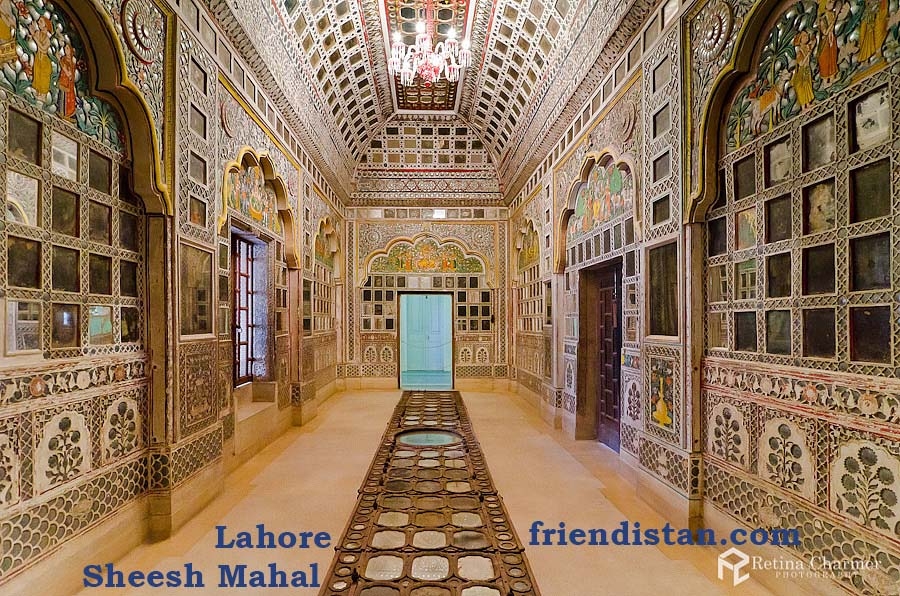 Nestled within the Lahore Fort, the Sheesh Maham (mirror palace) is believed to be the personal haram (Ladies portion) of Emperor Shah Jahan. The whole structure of this hall is epitome of spectacular art, designed with ornate white marble pavilion and mirror-work of high-end quality. Being the antique of ancient time, this majestic monument of Mughal emperor is great asset for Lahore. On the banks of Ravi River, Tomb of Jahangir is proudly standing depicting artwork of carving stones, which once was done in traditional techniques. Not just a burial place of famous Mughal emperor, this historical building narrates the rich history of Muslims and affection of Muslim emperors with fine architecture. For the architecture and history lovers, it is not just an old building but treasure of fine-looking marble motifs and floral patterns. Literally packed with different 21 monuments in it realm, the Lahore fort or better be called Shahi Qila is must-to-do thing in Lahore. Narrating the real meaning of royalty and serenity in one look, the Lahore Fort is open book of ancient tales of love, war and adventure dating back to times of Emperor Akbar. Epic, glorious and rich history does not even cover its breathless beauty! 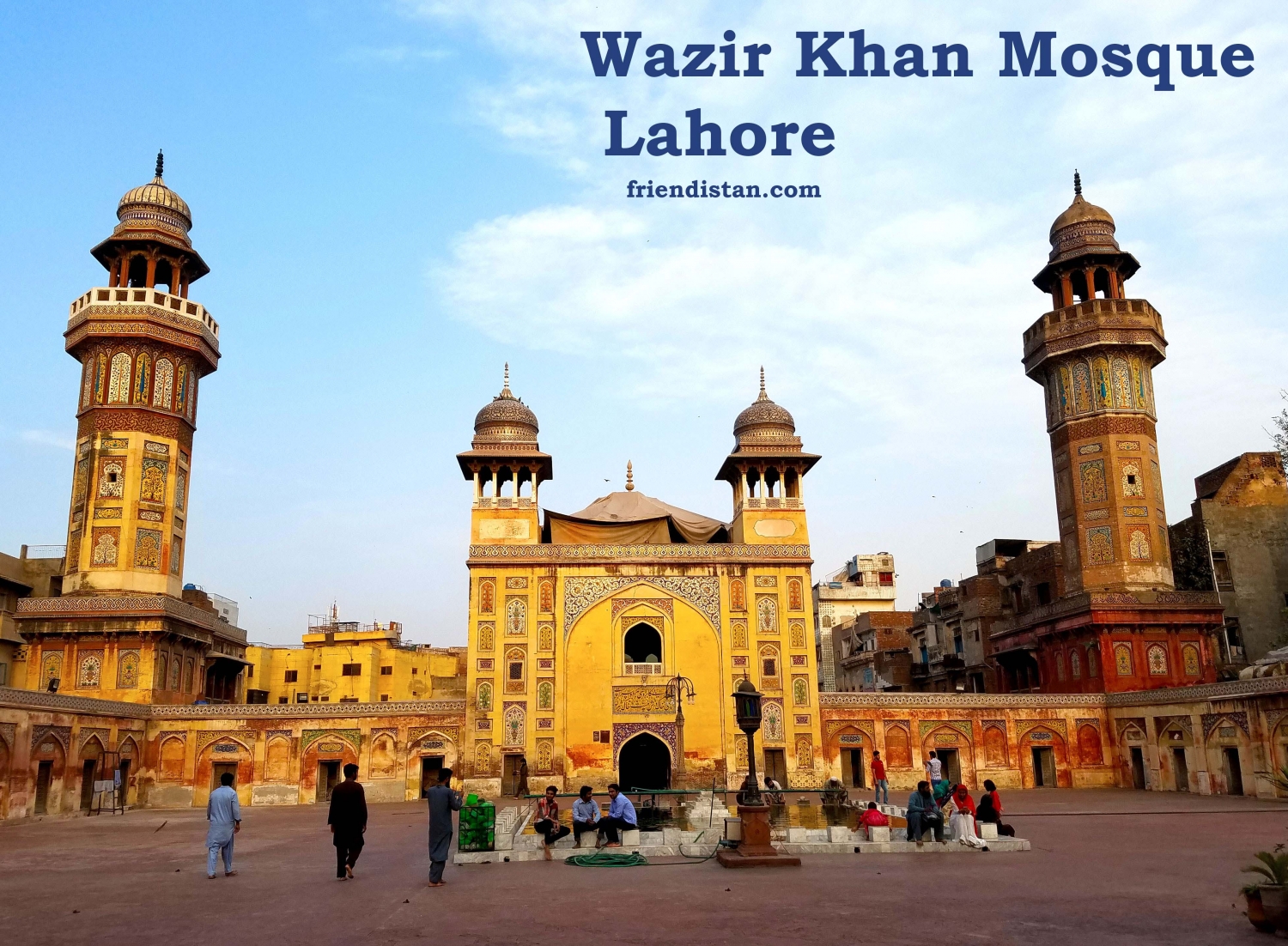 Splendor beauty is what can only be understood by witnessing this enchanting mosque of 17th century. Really a gem for Lahore city, dictates the historical architecture to visitors, allowing them to understand the 100 years of rule of Muslim emperors over the whole sub-continent. Simply a tell-tale of Mughals emperor’s spirit and strength, this magnificent mosque of 5 domes and 3 minarets should not be taken granted in Lahore tour. Installed at Bahira Town, Lahore, Eiffel Tower Replica is man-made wonder which is going hit in past few years. Being standing in manicured garden, the Eiffel Tower Replica is worth watching structure, and its 3 story restaurants is making it big hit for Lahore city. (Note: For wedding and formal photo-shoots, in atmosphere of ‘Paris in Pakistan’ an official permission by Bahria authorities is required.) Being situated in the surrounding edge of Walled city of Lahore (Old Lahore), Badshahi Mosque is most visited historical monument in Lahore, which is adored by people of all ages. This carved red-stone stunning structure built in pure Mughal architecture is renowned for nikah and wedding photography these days, as the mosque is considered as symbol of Muslim’s dignity.

Images: All the images are courtesy of their respective owners.